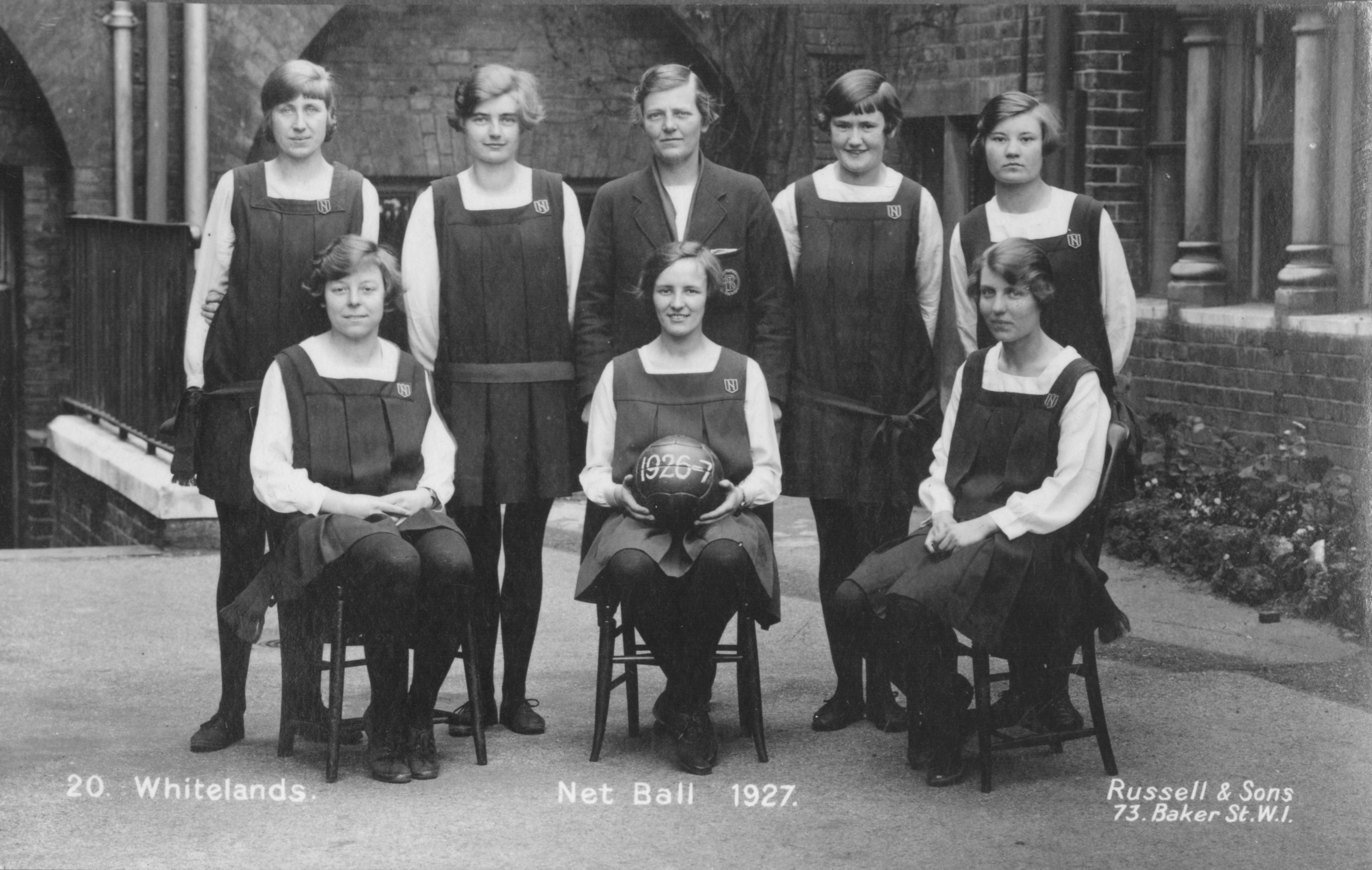 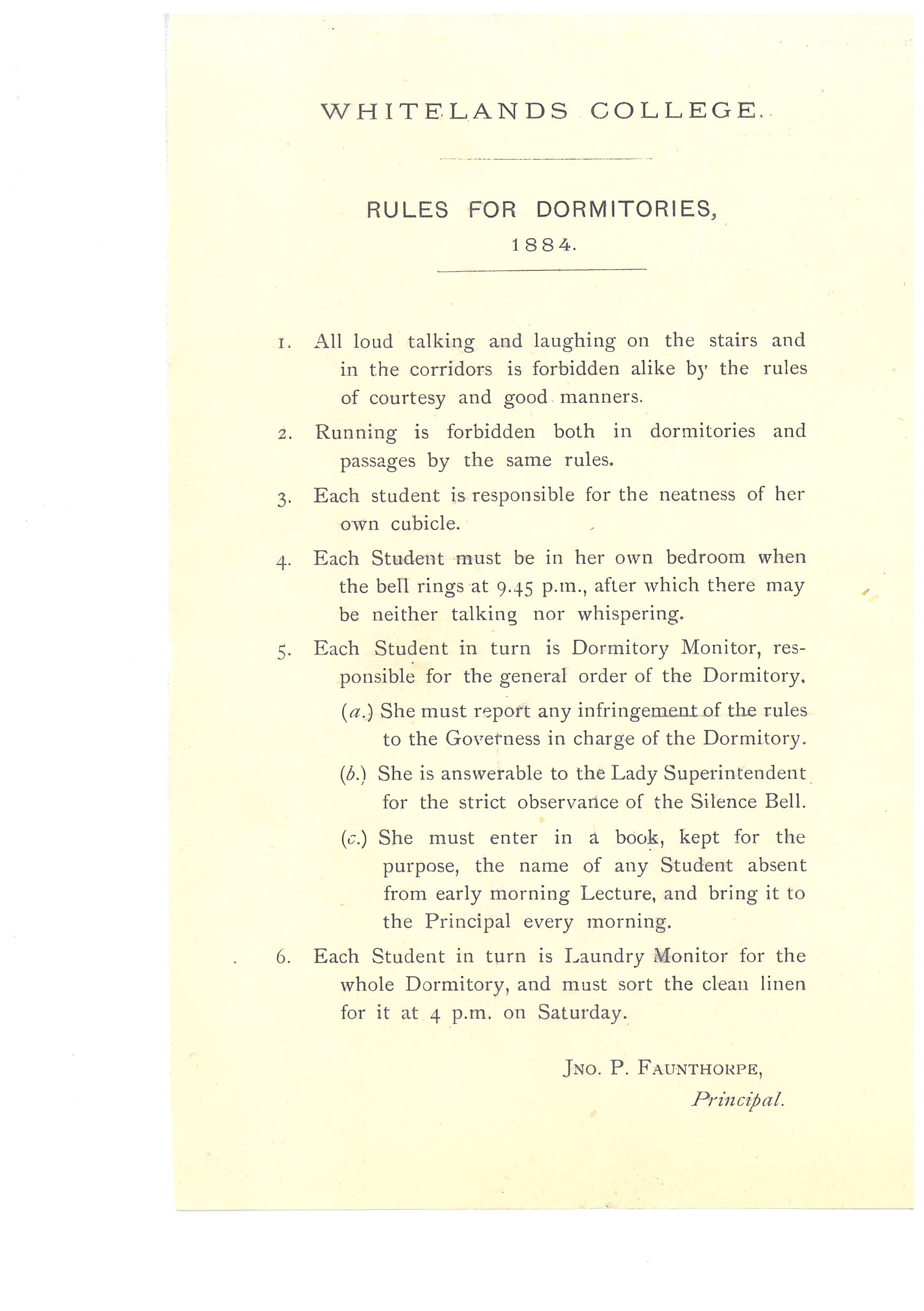 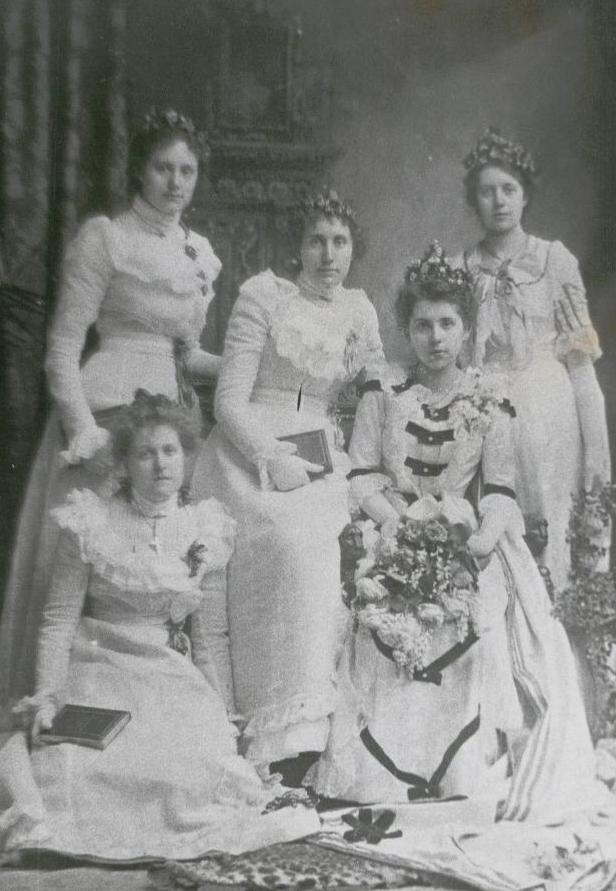 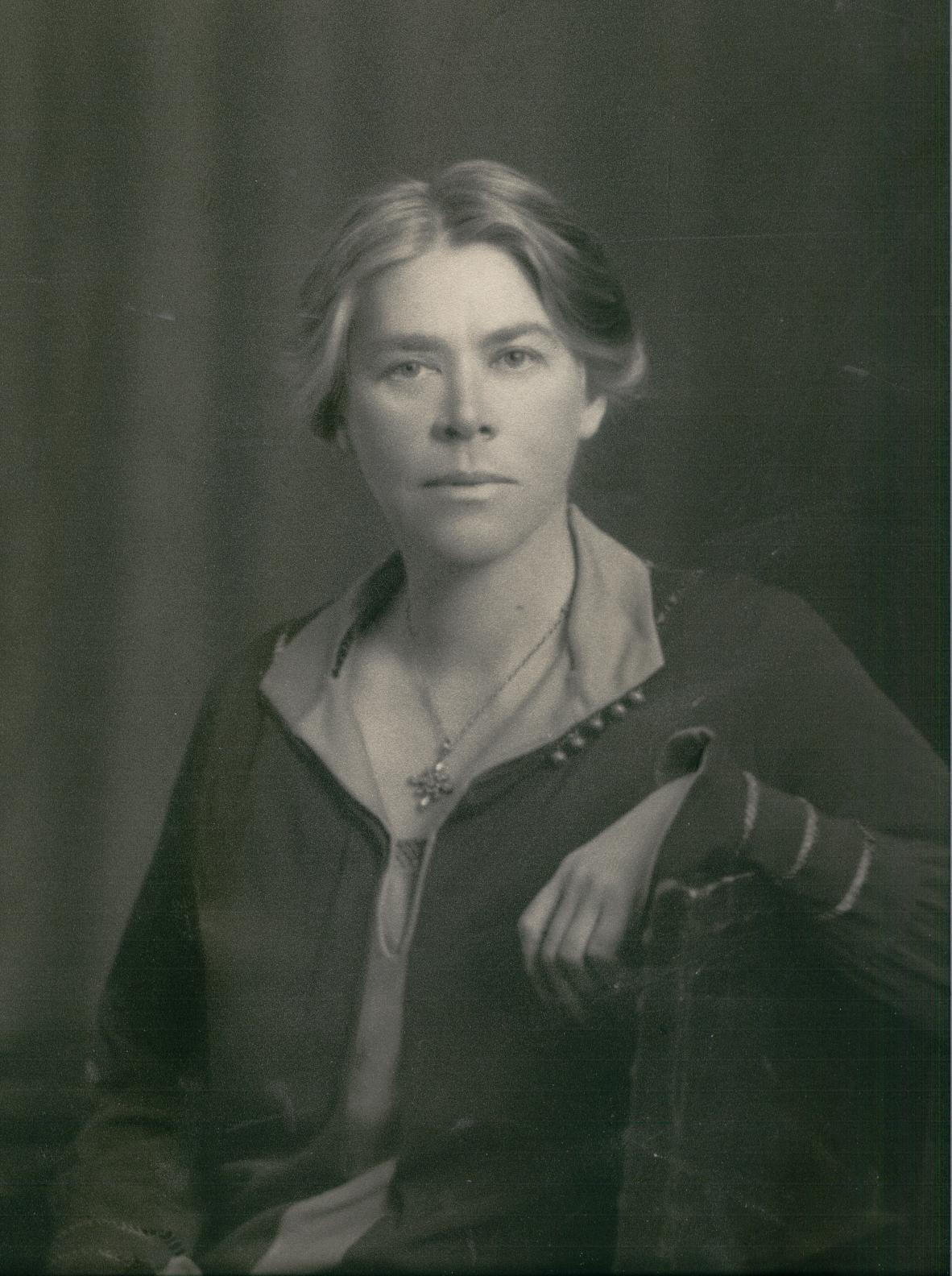 Please note that the archivist normally works on Tuesdays only. Visitors are welcome but please make an appointment.

The Archives online catalogue contains information about archives, artefacts and rare books held by all three repositories at the University of Roehampton. The Whitelands College collection is currently in the process of being catalogued online. Hard copy catalogues are also available.

For an overview of all the archival collections listed in the catalogue, choose the Advanced Search option from the menu on the left, then search under the Level field for "Fonds" ("Fonds" is an archival term, meaning "Collection"). 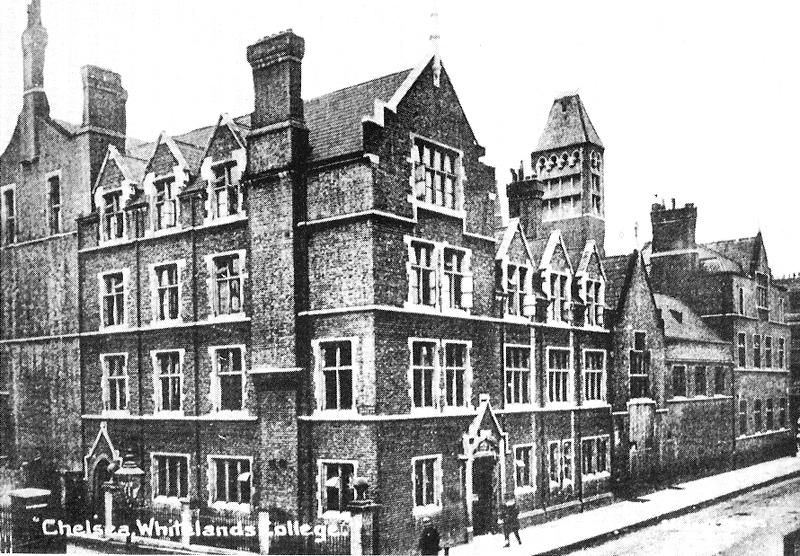 ​Whitelands College was founded in 1841 by the National Society for the Promotion of Education of the Poor in the Principle of the Established Church, as a teacher training college for women. The National Society took a lease on a house in the King's Road, Chelsea, known as 'Whitelands House', and the College opened in January 1842 with Julia Field as its first Lady Superintendent. Student numbers grew rapidly in the first two years, from twelve to more than forty, and the College soon expanded to other houses in the area. In 1844 the dining room of the College was converted into a practising school where poor children were admitted free. Other schools were to follow for different ages and classes, so that soon Whitelands had four attached schools, including a girls' secondary school. All of these were fitted into the corner of Whitelands at the junction with Walpole Street. In 1850 the College was given its own Council, thus gaining a measure of independence from the National Society.

The new governing body oversaw the expansion of Whitelands House by the erection of new buildings in the grounds. In [1874] the roles of the various officers who had headed the college - the Lecturer, the Chaplain and the Secretary - were amalgamated and the Rev John Faunthorpe was appointed as the first Principal. 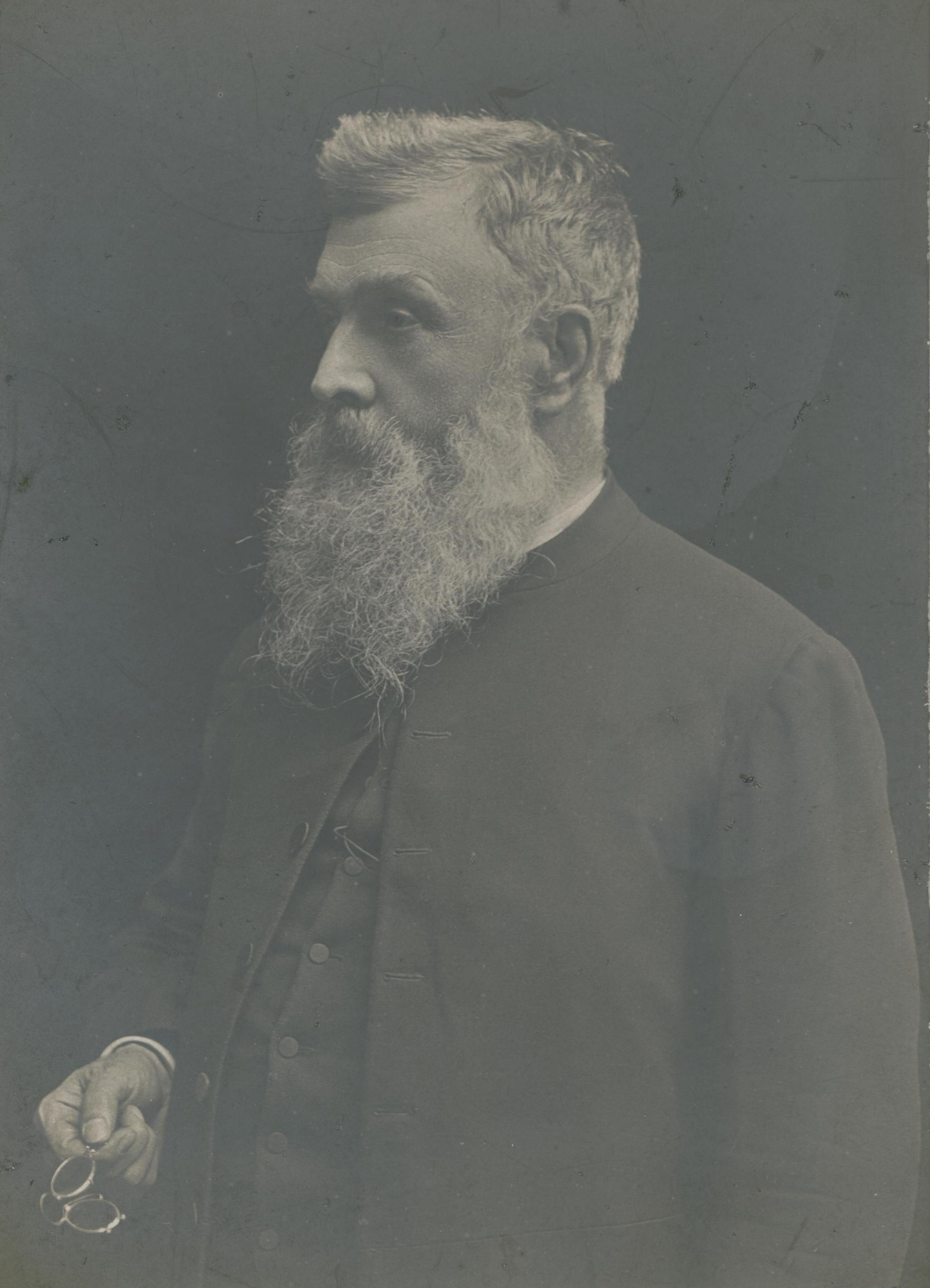 Faunthorpe improved the training at the College to such a degree that by 1878 Whitelands College was judged to be the best in England by her inspectors. In addition to the basic government syllabus, the curriculum included French, Latin, botany, art, algebra, first aid, kindergarten theory and drill. The College was also renowned for its music and needlework. The number of students continued to grow, necessitating the lease of new houses for accommodation, and the erection of a completely new block housing dormitories and a recreation room. Five years later the space between the original Whitelands House and the Schools was filled with a new wing and in 1899 further buildings were erected above the schools.

of the most famous friends of Whitelands was John Ruskin, who donated hundreds of books and pictures. His was the original suggestion for the annual May Day ceremony which is still held in the present day, and he was also instrumental in persuading Edward Burne-Jones to design windows for the College chapel and William Morris to make them. The Guild of St Ursula, originally the Reading Girl Guild, was founded by the students in 1879 as a means of combining the ideals of serious study and Christian friendship. The Chapel of St Ursula was begun by Faunthorpe in 1881 and soon beautified by the William Morris windows and subscriptions from students.

From 1907, Whitelands began to accept non-conformist students under the terms of the 'Modus Vivendi' agreement drawn up by the Government. The last of the Whitelands practising schools was closed in 1917, but was reopened as Lady Margaret School, Parson's Green. In 1931 the College moved to a larger site called Melrose Gardens, in East Putney. 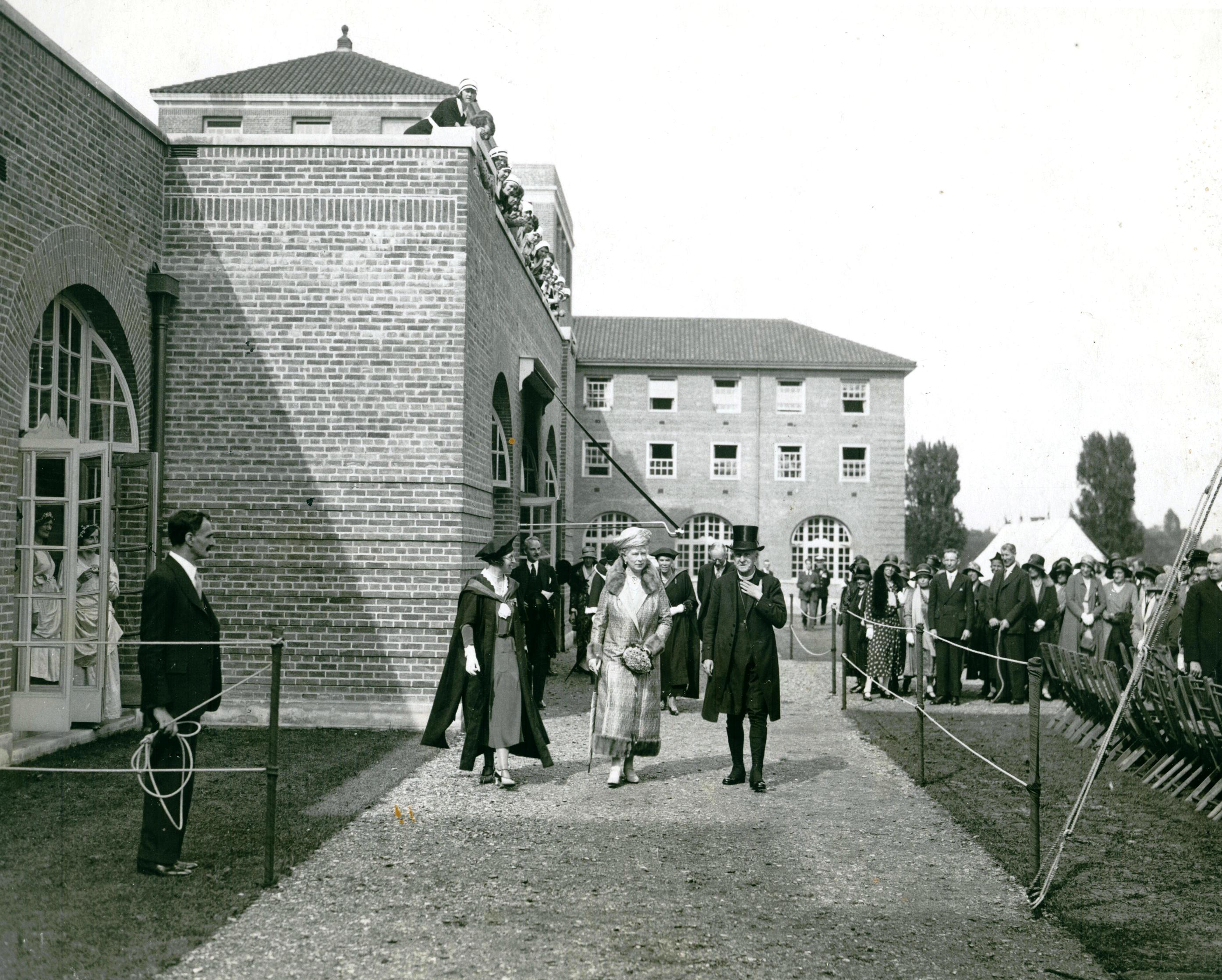 The new building had been designed by Sir Giles Gilbert Scott, and comprised one large purpose-built structure, which held common rooms, dormitories and classrooms. The sole exception was the chapel, which stood at the main entrance to the College and continued to be maintained by donations from the students (though the Morris windows were moved from the old site and incorporated). During World War Two, the students were taught from home via correspondence courses, and practised teaching in their local schools under the supervision of Whitelands tutors. The College was finally gathered in one place, the buildings of the College of the Venerable Bede in Durham, in 1941. In Putney, serious bomb damage was done to the College building.

The first students returned in October 1945 and normal service was soon resumed. In 1948 Whitelands was made a constituent college of the University of London Institute of Education. With the introduction of the three-year training course in 1960, and the growth in student numbers, went an increased range of courses including a Postgraduate Certificate in Education in 1962 and the BEd degree in 1965 (validated by the University of London). The first male students were enrolled in 1966. Expansion and development of the site continued. Plans to form a union of the four voluntary teacher-training colleges in the south-west of London began to take shape in the early 1970s, with the four acting as an academic unity to offer BA, BSc and B Humanities degrees, validated by the University of London, from 1974. The Roehampton Institute of Higher Education (RIHE) was formally incorporated in 1975, with each of the constituent colleges - Froebel, Whitelands, Southlands and Digby Stuart - retaining its own corporate identity. 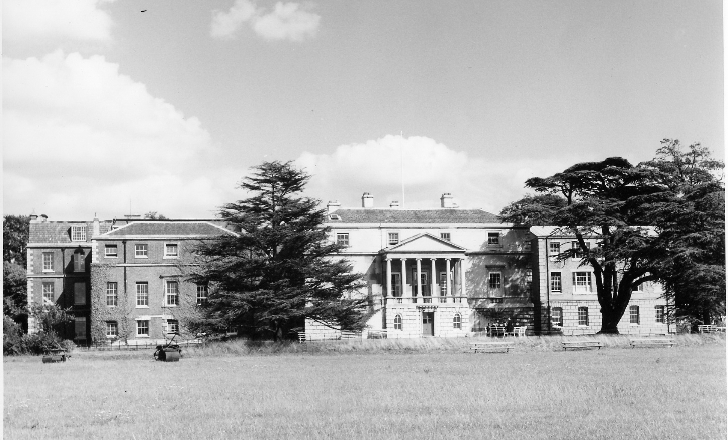 The fourteen acre site is situated in Roehampton overlooking Richmond Park. Within the College sits the Grade I listed Georgian villa, Parkstead House, which was built in the early 1760s for the 2nd Earl of Bessborough by Sir William Chambers (who was also the architect for Somerset House and the Pagoda at Kew Gardens).